클린뷰
교육
Selected, a scholarship of 4 million won per year
Selection process is to be non-face-to-face 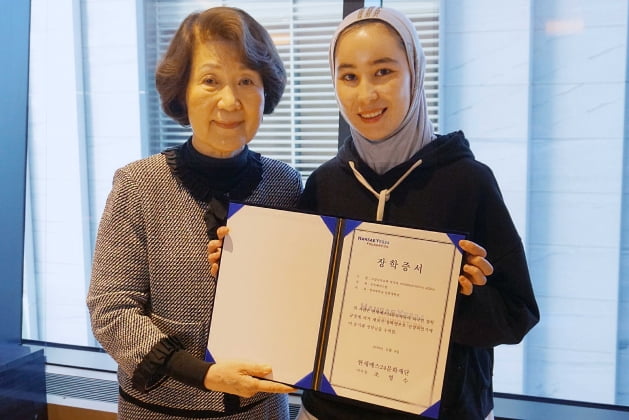 Hansae Yes24 Foundation (Cho Young-soo, the chairperson of the board) is offering the ‘19th Foreign Scholarship’ to cultivate global talents who will serve as bridges between Korea and each country.

Application for this scholarship will be accepted until the 28th, graduate students of foreign nationality who are studying at Korean universities are qualified for this scholarship. Anyone highly interested in Korean culture can apply without any restrictions on nationality, gender, major, grade, etc. If selected as a scholarship student, students can receive subsidies for living and tuition of 2 million won per semester (4 million won per year) until graduation of master’s course.

The entire selection process is conducted non-face-to-face for the safety of applicants in response to Covid-19. Applications are accepted on the website of Hansae Yes24 Foundation, and the results for each selection can be also confirmed on the website. Detailed procedures and schedules for each step will be provided individually to successful applicants.

The Hansae Yes24 Foundation has been supporting scholarships for foreign students since 2005. Until now, about 90 students from 30 countries, including Asia, Africa, Europe, and Central and South America, have received scholarships.

“We select scholarship students again this year to help foreign university students who are leaving the home country and constantly striving for their dreams despite the adversity of Covid-19,” said Cho Young-soo, the chairperson of the board at Hansae Yes24 Foundation. “We hope that scholarship students grow as a bridge between Korean and their home country, and play a key role for cultural exchange.”

Meanwhile, Hansae Yes24 Foundation is a social contribution foundation of Hansae Yes24 Holdings, which runs fashion and cultural content businesses such as Hansae business, Hansae MK, Hansae Dream, Yes24, Dong-A Publishing. It was founded by Chairperson Kim Dong-nyeong in 2014 by contributing privately. In addition to the scholarship program for international students, it is carrying out various social contribution projects such as Asian