If an extraterrestrial explorer were to land on the earth, what
is the first question it would ask? The alien would, I think,
inquire about the number and variety of living organisms on
this planet. Surprisingly, we humans cannot even approximately
answer the alien''s query. D__________ more than 250 years of
systematic research, estimates of the total number of plant,
animal and other species vary widely, all the way from three
million to 30 million or more.

Myths, in our complex societies, are manifested in idioms
different from those in which they were expressed in the past
and in which they are still expressed in traditional societies.
The triumph of the small but clever one over the clumsy giant
may be told in a remote European village in the form of a
folktale or it can be found on television and cinema screens,
not to mention comic strips. It is also repeated in
advertisements of compact cars; like the clever little one, the
compact cars can beat the _____________ ________________.

We have witnessed the decline of the "folk" and the rise of the
"mass." The usually illiterate folk was creative in its own
special ways. Its characteristic products were the spoken word,
the gesture, the song: folklore, folk dance, folk song. The
folk expressed itself. But the mass, in our world of mass media
and mass circulation, is the target and not the arrow. The mass
----------------------------
is what others aim to reach. It is waiting to be shown and to
be told.

In general, one''s memories of any period must necessarily
(a)weak as one moves away from it. One is constantly learning
----
new facts, and old ones have to drop out to make way for them.
At twenty I could have written the history of my schooldays
with an accuracy which would be quite impossible now. But it
can also happen that one''s memories grow much (b)sharp after a
-----
long lapse of time, because one is looking at the past with
fresh eyes and can isolate and, as it were, notice facts which
previously existed (c)differentiate among a mass of others.

Posthumous fame is too odd a thing to be blamed upon the
blindness of the world. Nor can it be said that it is the
bitter reward of those who were ahead of their time. On the
contrary, posthumous fame is usually preceded by the highest
recognition among one''s peers. When Kafka died in 1924, his few
published books had not sold more than a couple of hundred
copies, but his literary friends and the few readers who had
almost accidentally stumbled on the short prose pieces knew
beyond doubt that he was one of the masters of modern prose.

Wisdom does not burst forth fully developed like Athena out of
Zeus''s head'' it is built up, small step by small step, from
most irrational beginnings. Only in adulthood can an
intelligent understanding of the meaning of one''s existence in
this world be gained from one''s experiences in it.
Unfortunately, ___________________ as their own do -- as if
mature understanding of ourselves and the world, and our ideas
about the meaning of life, did not have to develop as slowly as
our bodies.

(children''s, function, many, minds, parents, their, to, too,
want)

Culture hides much more than it reveals, and strangely enough
what it hides, it hides most effectively from its own
participants. Years of study has convinced me that all that one
ever gets from studying foreign culture is a token
understanding. The ultimate reason for such study is to learn
more about how one''s own system works. The best reason for
exposing oneself to foreign ways is to generate a sense of
contrast and difference.

(A)
If somebody says to me, "I''ll ring you up," he''s taking too much for
granted. He is proposing to attempt (a) the impossible. So I have to
---------------
say, "I''m afraid you can''t. You see, I don''t have a telephone."
The usual reaction is astonishment: "How terribly inconvenient! How
can you(b)______ a telephone?" I find myself being stared at as an
eccentric, especially when somebody adds, "You can ring me up the,"
and I reply, "Perhaps, but I''m more likely to write to you."
I don''t have a telephone not only because I find it unnecessary but
also because I find it inconvenient. It may create unnecessary
suspense and anxiety, as for example when you wait for an expected
call that doesn''t come; or irritating delay, when you keep ringing a
number that is always engaged.

(B)
When I was young,m it didn''t disturb me that the radio took five
minutes to warm up. Nor was I particularly bothered that I had to talk
to an operator to place a telephone call. I don''t recall feeling
annoyed that a flight from New York to Europe took 22 hours. I believe
that I was perfectly satisfied with my black-and-white TV, my dial
telephone, and even my electric typewriter.
Today, though, I''m (c)l_____ tolerant. I can''t stand it when the
remote controller gets buried under a pile of papers on my desk, and I
have to get out of my chair to turn on the television. I can''t stand
it when my flight to Los Angeles is delayed by half an hour or when
the fax machine in my district office is busy. what I never dreamed of
yesterday, I can''t (d)____ _____ today.

When most people believed in an essentially static and unchanging
universe, the question of whether or not it had a beginning was really
one of metaphysics or theology. One could account for what was
observed equally well on the theory that the universe had existed
forever or on the theory that it was set in motion by God at some
finite time in such a manner as to look as though it had existed
forever. But in 1929, Edwin Hubble made the landmark observation that
wherever you look distant galaxies are moving rapidly away from us.
In other words, the universe is expanding. This means that at earlier
times objects would have been closer together. In fact, it seemed that
there was a time, about ten or twenty thousand million year ago, when
they were all at exactly the same place and when, therefore, the
density of the universe was infinite. This discovery finally brought
the question of the beginning of the universe into the realm of
science.
Hubble''s observations suggested that there was a time, called the
big bang, when the universe was infinitesimally small and infinitely
dense. Under such conditions all the laws of science, and therefore
all ability to predict the future, would break down. If there were
events earlier than this time, then they could not affect what happens
at the present time. Their existence can be ignored because it would
have no observational consequences. One may say that time had a
beginning at the big bang, in the sense that earlier times simply
would not be defined. It should be emphasized that this beginning in
time is very different form those that had been considered previously.
In an unchanging universe a beginning in time is something that has to
be imposed by some being outside the universe; there is no physical
necessity for a beginning. One can imagine that God created the
universe at literally any time in the past. On the other hand, if the
universe is expanding, there may be physical reasons why there had to
be a beginning. One could still imagine that god created the universe
at the instant of the big bang, or even afterwards in just such a way
as to make it look as though there had been a big bang, but it would
be meaningless to suppose that it was created before the big bang. An
expanding universe does not preclude a creator, but it does place
limits on when he might have carried out his job.
* infinitesimally small : extremely small

1. Up to 1929, most people, whether they believed in God''s creation or
not, accepted the idea of unchanging universe.

2. If the universe is expanding, one may assume that there was a time
when objects were all at exactly the same place.

3. One may say that time started with the big bang, in the sense that
nothing could have happened before the universe began expanding.

4. it was after the discovery of the expanding universe that the
question of the beginning of the universe became a scientific inquiry.

5. The big bang theory denies the existence of God in that it places
limits on when he might have created the universe.

6. If there were events before the big bang, they must have an effect
on what happens now.

Mankind, ever since there have been civilized communities,
have been confronted with problems of two different kinds.
On the one hand there has been the problem of mastering
natural forces; mankind have tried to acquire the knowledge
and the skill required to produce tools and weapons and to
encourage nature in the production of useful animals and
plants. This problem, in the modern world, is dealt with by
science and scientific technique, and experience has shown
hat in order to deal with it adequately it is necessary to
train a large number of rather narrow specialists.

But there is a second problem, less precise, and by some
mistakenly regarded as unimportant -- I mean the problem of
how best to utilize our command over the forces of nature.
This includes such burning issues as democracy versus
dictatorship, capitalism versus socialism, free speculation
versus authoritarian dogma. On such issues the laboratory
can give no decisive guidance. The kind of knowledge that
gives most help in solving such problems is a wide survey of
human life as they appear in history.
The men who first tamed the horse employed it to make war
and enslave the defeated. When men discovered how to make
cotton goods by machinery, child labor in England was
developed to a point of shocking cruelty, and ruthless
imperialism was imposed on black men in Africa. In our own
day a combination of scientific genius and technical skill
has produced the atomic bomb, but having produced it we are
all terrified, and to not know what to do with it. These
instances, from widely different periods of history, show
that increase of skill has not, of itself, insured any
increase of human happiness or well-being.

1. What are the two problems that mankind have been
confronted with since the beginning of civilization? (5점)

2. How is the first problem dealt with in the modern world?
(3점)

3. What kind of knowledge is most helpful in solving the
second problem? (3점)

4. What is the point that the writer is trying to make by
giving the historical examples in the third paragraph? (5점) 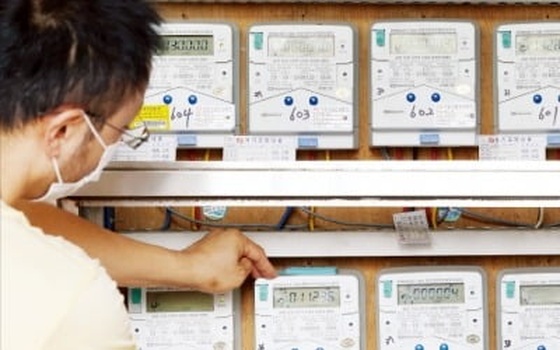 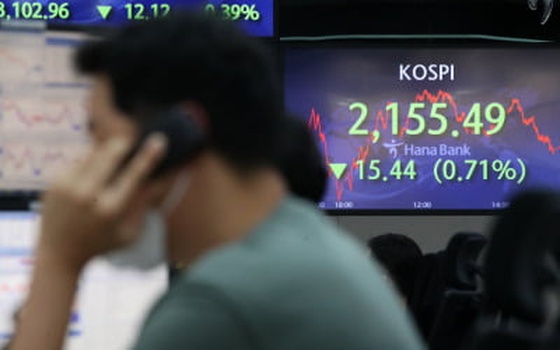 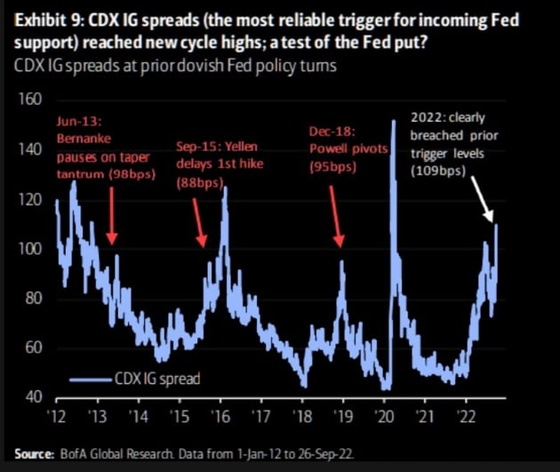 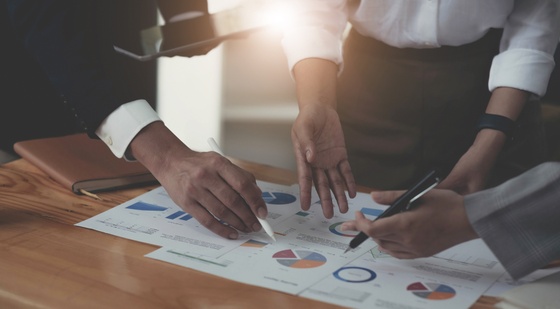